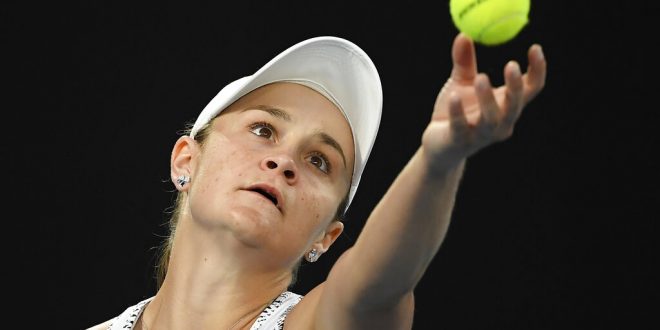 Bart, 25, broke the news of her official retirement from the sport in an interview with former doubles partner Casey Dellacqua.

“I know the time is right now for me to step away and to chase other dreams,” she said.

Barty doesn’t have the physical drive and emotional want to be at the top of the sport anymore, she said.

“I am spent. Physically, I have nothing more to give,” she said. “That for me is success.”

Furthermore, she wasn’t quite fulfilled after her win at Wimbledon in 2021, and thoughts of leaving started brewing in her mind, she said. She had a “gut feeling” now was the time.

“When you work so hard your whole life for one goal — to be able to win Wimbledon, which was my dream, the one true dream that I wanted in tennis — that really changed my perspective.”

Barty, however, recognized this isn’t the first time she’s left the sport.

In 2014, she was named the Wimbledon junior champion at 15 years old. She walked away from the court for two years because of burnout after that.

“I know I’ve done this before, but in a very different feeling.”

She said she is grateful for the life tennis has given her, but she’s excited to chase dreams outside of tennis and pursue a new lifestyle.

“I’ll never, ever, ever stop loving tennis,” she said. “It’ll always be a massive part of my life, but now I think it’s important I get to enjoy the next phase of my life as Ash Barty the person, not Ash Barty the athlete.”

Barty has a news conference planned for Thursday.