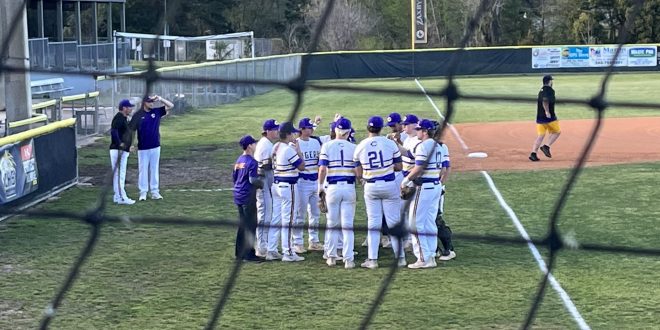 The Columbia Tigers suffered a tight 7-5 loss in their season opener to Sandalwood (Jacksonville). Since then, they have been red hot winning eight games on the fly.

They boast an undefeated 4-0 record at home which they hope to extend Thursday night against the Bishop Kenny Crusaders (4-4).

In their most recent contest against Valwood (Valdosta), they dominated at the plate drilling in 14 runs. The offensive side of the ball wasn’t their only impressive stat; Ty Floyd and Jacob Priest combined for a near shutout with eight strikeouts between the two of them. It’s only forward for the team out of Lake City.

Ballgame! The Tigers finish off the Valiants in five innings, walking away with a 14-1 victory. pic.twitter.com/Imcu3jMGo6

The Columbia Tigers are led by Florida State commit Hayden Gustavson who has racked up 12 RBIs and 11 hits on the young season. His keen plate vision is what makes him standout. Combine that with his raw power and that’s what makes him one of the Tigers’ key players.

Columbia is also led by Jacksonville State Signee Chandler Howard who has been a go-to player at the plate. He is the son of long-time Tigers head coach Chris Howard. Howard leads the team in hits with 12 and is third on the team in RBIs (10). It’s proving to be quite the final season for the senior.