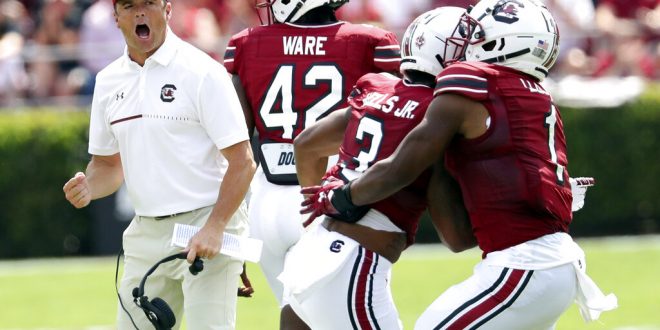 The South Carolina Gamecocks will play host to the Charlotte 49ers this Saturday at 7:30 p.m. Both teams are looking to notch their second win of the season. South Carolina enters the game with a 1-2 record, losing two in a row including their home blowout loss to the AP Coaches Poll #1 ranked Georgia Bulldogs last weekend. Their opponent, the 49ers, have a 1-3 record, beating Georgia State in a 42-41 shootout last weekend.

Both teams will look to throw the ball a lot on Saturday night. Coming into this week, both teams’ offenses are averaging over 270 passing yards per game. Charlotte Quarterback Chris Reynolds has thrown for seven touchdowns and only one interception in the 49ers first four games. While South Carolina Quarterback Spencer Rattler has amassed over 700 passing yards in three games, he has struggled with turnovers. Rattler has tallied five interceptions this season, along with only two touchdowns.

While both of these teams have proven themselves capable of moving the ball through the air, they have also struggled to stop other teams from doing the same. Coming into this week, the Gamecocks are allowing an average of over 200 passing yards per game, while the 49ers are allowing over 320. Both teams have suffered at the hands of their opponents at times so far this season. South Carolina is allowing an average of 438.3 yards and 35.3 points allowed per game. Charlotte is no better; allowing massive totals of 563.8 yards and 45.3 points per game. This Saturday night showdown could very well be a high-yardage, high-scoring game.

Beamer’s starting offensive line features three players from Charlotte, NC. When asked about his players’ homecoming game this weekend, Beamer spoke about the excitement that comes with playing against a team from your home town.