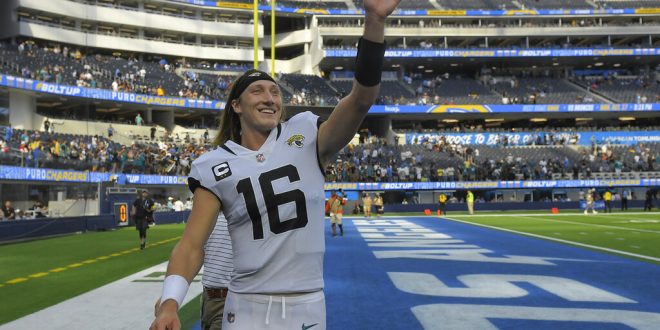 Miami comes off a big win against arguably the best team in the NFL the Buffalo Bills. However, it did come at a cost. starting QB Tua Tagovailoa left the game and then returned later, however it was amid controversy. Many fans and analysts believed he should have not been let back into the game due to concussion protocol. However, both Tagovailoa and head coach Mike McDaniel explained the injury and stumbling had more so to do with a back injury. Tagovailoa is currently set as questionable for Thursday’s game. The Dolphins are one of two teams still undefeated and will look to keep it that way on Thursday. The Bengals are coming off their first victory against the New York Jets. The Super Bowl runner-ups have had a rocky start with start quarterback Joe Burrow being tied for being sacked most in the NFL this season with 15 times.

Jacksonville will travel to Philadelphia this weekend to take on one of the best teams not only in the NFC but in all of the NFL. the Jaguars are coming off a big win against a hurt Chargers team. Jaguars currently lead the AFC South with a record of 2-1. Trevor Lawrence had one of his best days on Sunday and he will need to continue to perform at a high level against a stout Eagles defense. The Eagles had 9 sacks against Carson Wentz and the Commanders on Sunday. The Eagles are the second undefeated team in the league along with the Dolphins.

“This is a statement.”

Tampa Bay is coming off a brutal loss at home against the Green Bay Packers. Where a late delay of game penalty and a failed two-point conversion was the difference maker. However, the Buccaneers have a chance to rebound against the Kansas City Chiefs. Tampa Bay are currently practicing at the Miami Dolphins practice facility in response to Hurricane Ian, there are also reports of the game itself being moved to the Midwest if the game could not be played in Tampa.

We will move our football operations to Miami-Dade County tomorrow and practice at the Dolphins' facility. No changes have yet been made to Sunday's game schedule.#GoBucs https://t.co/x8qev5xfJc

Tampa Bay will get back star wide receiver Mike Evans ahead of Sunday’s matchup. He was previously suspended for one game due to on-field fighting during the Saints game. They also have another week of wide receiver Cole Beasley taking snaps during practice look to see more of him on Sunday. The Chiefs are also coming off a close loss to the Indianapolis Colts. Look for them to also use this game to get right. They recently released kicker Matt Ammendola after the game on Sunday.