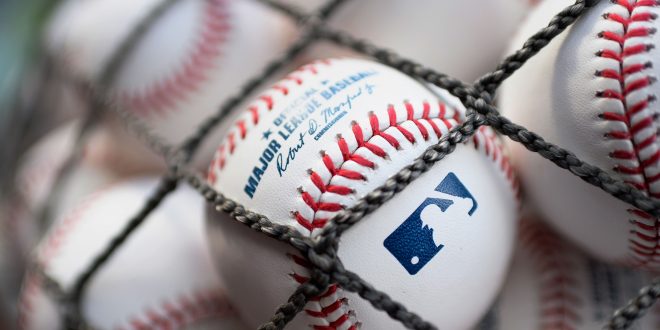 It’s summer time—the best time to go to a baseball game and experience the atmosphere.  Major League Baseball has a lot of action tonight as 14 of the leagues 30 teams are set out to play.  Though we might think we know the teams that will be in the playoffs, the season could change in an instant.  A team can collapse from an early season lead missing the playoffs or a team can rise from the ashes taking the league by storm to find themselves in the playoffs.

The Milwaukee Brewers (40-52) are playing their final game in this series against the Pittsburgh Pirates (48-46).  Last night, the Brewers were just a hitting machine totaling 12 hits and won 9-5.  They scored nine runs with no one hitting a home run, to give you an idea of their consistency at the plate last night.  Clint Hurdle will return to the field tonight as he was ejected in the top of the first inning last night.  The winner will decide the three-game series as the series is tied 1-1.  The Brewers will put Matt Garza (1-3) on the mound tonight and the Pirates will put Francisco Liriano (5-9) on the mound.

The Minnesota Twins travel to the Fenway Park to take on the Boston Red Sox in the first game of a four-game series.  The Twins are coming off a successful three-game series against the Detroit Tigers taking two of three games.  The Red Sox’s are coming off a two-game series against the San Francisco Giants, winning both games.   The Red Sox’s recently became the top of the AL East and looks to stay there against the Twins.  The Twins are currently at the bottom of the AL Central standings and are looking to claw their way to get their season back on track.  The Red Sox will have Steven Wright (11-5) take the mound with an era of 2.78.  The Twins will have Tyler Duffey (5-6) on the mound with an era of 5.23.

Series finale vs. Cardinals at 4:15pm with #Cash getting the nod! Here's the full lineup: pic.twitter.com/4zAc6bEhrY

Over to the Midwest,  the St. Louis Cardinals are playing host to the San Diego Padres.  The Padres are in town playing the final game in a four-game series, looking to avoid being swept by the Cardinals.  The Cardinals are currently 7 games behind the Chicago Cubs in the NL Central and are looking to narrow the gap with a win tonight.  The Padres are fourth in the NL West and are 16 games behind the San Francisco Giants to become the division leader.  The Cardinals keeps the hot bats going as they have outscored the Padres 17-6. The Cardinals are led by Jedd Gyorko whose hit home runs in the last five consecutive games against his former club the Padres.  Gyorko is the second player ever to accomplish this feat. They are currently in a big hole and look to tonight hoping to get some confidence in a streak to eliminate the gap.  The Cardinals will have Adam Wainright (9-5) on the mound with an era of 4.15. The Padres selected Andrew Cashner (4-7) to be on the mound with an era of 5.05.

The #Tigers begin a 4-game series vs. the Chicago White Sox at 8:10 ET. https://t.co/FnSaeHnyIE pic.twitter.com/mNyFNuMbvR

The stage is set for tonight’s MLB Action.  It looks to be an exciting one as teams look to finish off the series they have started and teams are looking to take control of the first game of the series.  All these matches may seem insignificant now but it could be just one game which decides who will advance to the playoffs in the fall.