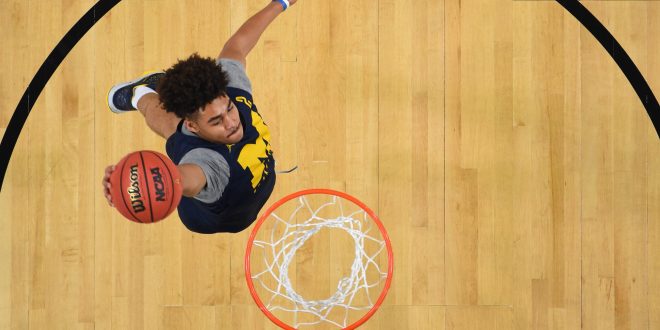 Sixty-seven games are played during the yearly NCAA basketball tournament, but college basketball fans are now down to their last three.

While this year’s Final Four features two No. 1 seeds and a No. 3 seed, Loyola-Chicago, a No. 11 seed, has been the team to garner the most national attention out of the four.

Having already made history by becoming only the fourth No. 11 seed to make the Final Four, on Saturday, the Ramblers will take on No. 3 seed Michigan at the Alamodome in San Antonio.

That game will be followed by a scintillating clash between the two remaining No. 1 seeds, Kansas and Villanova.

Loyola-Chicago’s meteoric rise has already been highly covered, but the Ramblers have actually had an impressive season from start to finish. Despite a favorable schedule, the Ramblers finished the regular season at 32-5.

Three separate times a No. 8 seed has reached the final stage of the competition, but never a No. 11.

However, a lower ranking hasn’t deterred Porter Moser’s men throughout the dance. To get to the Final Four, they strung together impressive wins against Miami, Tennessee, Nevada and most recently Kansas State.

Meanwhile, the Michigan Wolverines have enjoyed the easiest path to the Final Four of any remaining team. The highest ranked opponent for John Beilein’s men thus far has been No.6 seed Houston – a game they won by one point thanks to a buzzer-beating 3-pointer.

But the Wolverines have some elite talent in their squad. Junior forward Moritz Wagner has impressed NBA scouts with his size and athletic ability. Freshman guard Jordan Poole has proven to be a clutch shooter from deep, and 6’6 guard Charles Matthews will be tough for Loyola-Chicago to defend.

Coach Beilein said he also sees many similarities between his team and Moser’s.

The other Final Four clash between Kansas and Villanova is equally as difficult to predict. Following an overtime win against Duke in the Elite Eight, the Jayhawks are flying high.

The March Madness regulars got 32 points from sophomore guard Malik Newman against the Blue Devils, and team-leading scorer Devonte’ Graham added 11 points, six rebounds and six assists on the night.

Long-time head coach Bill Self expressed his thoughts after the Duke game, and he expects his team to have the same intensity and demeanor against Villanova, or risk watching the championship game from home.

Tournament favorites Villanova have been impressive throughout March, and they’ve been reaching a new gear as of late too. The Wildcats dismantled No. 3 seed Texas Tech in their last game 71-59. On the night, Jay Wright saw five of his players reach double figure points, a common theme throughout the season.

Villanova had six players average double figure points throughout the regular season, and they have a deep team that doesn’t fatigue easily.

The winners of both games will face off on Monday for the national championship.