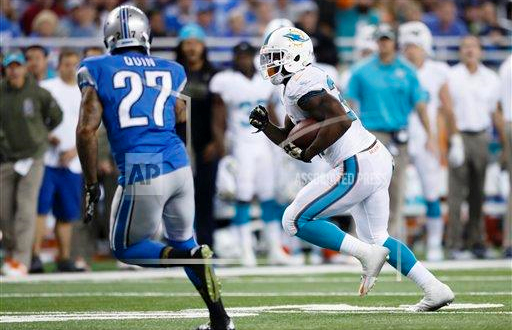 The Dolphins are coming off a win against the Chicago Bears, defeating them 31-28 in overtime.

The Dolphins have a three game win streak at home and looks to increase their record this Sunday, although it will not be an easy game for the Dolphins to pull off. It won’t help that half of their offense is questionable or not playing due to injury. One main key that might hurt the Dolphins is not having their starting quarterback, Ryan Tannehill, due to a right shoulder injury.

Brock Osweiler will be the starting QB and will make his second straight start this Sunday after having an impressive game against the Bears, throwing a career-high of 380 yards against a solid defense. The Dolphins are third in the NFL in takeaways with 14.

This starting quarterback position for him is big because it’s him proving himself as a quarterback and all that doubt he has had since being in the NFL and his downfall with the Texans.

Osweiler says he has always believed in himself as “quarterback, as a person, as a leader,” no matter what the circumstances. Not knowing how many chances you get in the NFL and having this opportunity is different. “Its just about making the most of it to win games for Miami.”

The Dolphins rank 25th in passing yards, 16th in rushing yards, and 27th in Total Yards per game.

Recapping the most memorable matchups against the @Lions.

The Detroit lions are coming off a bye week that followed an impressive win against the Green Bay Packers. Defeating them 31-23, they were lead by their quarterback Matthew Stafford who threw 14/26 for 183 yards, and two touchdowns. The Lions sit last in their division.

The Lions are ranked 15th in passing yards, 23rd in rushing yards, and 21st total yards per game throughout the NFL.

Key Players to Watch on Miami