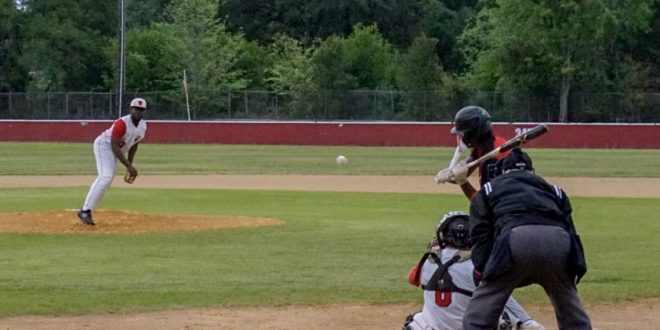 Here at Williston (6-1) for their matchup with the Dunnellon Tigers (7-2). First pitch coming at 7pm @ESPNGainesville pic.twitter.com/CCJkpph4dj

From the very start, fielding errors plagued the visiting Dunnellon Tigers. A team that only made two errors in its previous three games, the Tigers did not come ready to play on the defensive side of the game, and it cost them in the end.

On the other end, the Red Devils were able to put the ball in play and capitalize off Tiger mistakes. Pitcher C.J. Strange also gave Williston a good start, striking out two and allowing three earned runs over three innings.

The Bottom of the Third

The Red Devils are going OFF in the bottom of the third.

Dunnellon has made six errors in this half of the inning alone, allowing Williston to score in bunches. With two outs down, Richard Fox will replace Graham at pitcher.

Up until the bottom half of the third inning, Williston held a modest 1-0 lead after Cade Welborn hit an RBI fielder’s choice in the first inning.

However, things really unraveled for the Tigers in the bottom half of the third after shortstop Drew Leinenbach made an error on a ball with the bases loaded, allowing one man to score. After that, it was just a medley of fielding mistakes including passed balls, overthrows from the catcher, and missed fly balls that allowed the Red Devils to jump out to such a formidable lead early in the game.

An Answer From the Tigers

Facing a daunting 9-0 deficit, the Tigers continued to fight. To start off the fourth inning, outfielder Jay Fraziars reached on an error and in the following at-bat, cleanup hitter Jonathan Santiago drilled a ball to deep left field and over the wall for a two run home run.

Dunnellon C Jonathan Santiago cranks one to deep left field and over the wall for a 2-run home run!

The Tigers crack the scoreboard in the top of the fourth with Santiago’s bomb.

Third baseman Tyler St. Jean was able to add another on an RBI double that brought the score to 9-3. However, Parker Seay took over on the mound for C.J. Strange and struck out three straight batters, getting out of the jam.

After both teams went to the bullpen, they got runners on base towards the middle of the game. Kenny Richardson came in relief for Fox and did his job, for the most part, giving up only two earned runs over four innings pitched and keeping their deficit stabilized.

However, the Tigers were unable to capitalize with runners in scoring position. After loading the bases in the fifth inning with one out, they were only able to put up two runs before Seay struck out two straight to avoid any significant threat.

It was all said and done as soon as closing pitcher Gabe Foster entered for the Red Devils. Foster came on in the top of the sixth inning and struck out the first three batters he saw who just happened to be the 1, 2 and 3 hitters in the order.

Gabe Foster takes over on the mound for the Red Devils and strikes out Dunnellon’s 1, 2 and 3 hitters!

Some fantastic pitching as Williston enters the home stretch.

In the seventh inning, Dunnellon was able to piece together a couple of hits but ultimately fell short of creating any spark. Foster grabbed the save over two innings of work, allowing no earned runs and the Red Devils took home a significant win against a difficult opponent in the Tigers.

Gabe Foster closes it out on the mound for Williston and they walk off the field with a win!

Sloppy defense by the Tigers comes back to hurt them with the difference maker being the 3rd inning where Williston scored 8 runs.

Mikey Rey turned in a great game, going 2 for 3 with two RBI and Logan Head also made an impact with two hits and three RBI.

The Red Devils will look to continue their winning streak playing at North Marion on Thursday and Dunnellon will look to bounce back at Belleview.

I'm a third-year student at the University of Florida passionate about storytelling and sportswriting. My goal is to work in communications for a professional sports team after I graduate.
Previous Gator Baseball Finishes 14 Game Home Stand with Win Over JU
Next PK Yonge Baseball Bounces Back With a Win Against Eastside 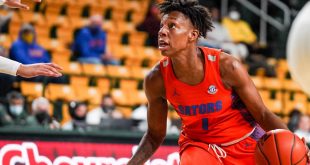