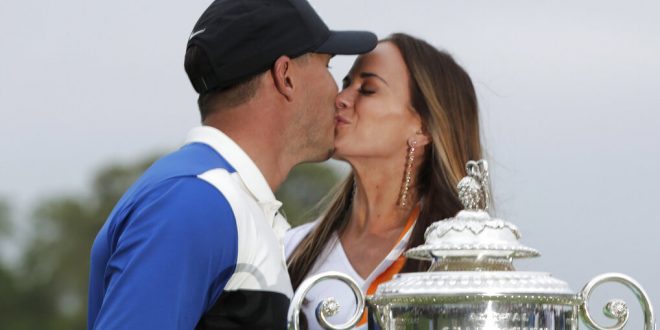 The 101st PGA Championship took place May 16-19, and Florida State alum Brooks Koepka came out on top and was named as the 2019 PGA champion.

Koepka takes home his fourth major title and second consecutive PGA Championship. He battled his way on Sunday, only up two strokes on Dustin Johnson and closed his title with the final shot of the tournament.

Koepka was in danger of becoming the first player in PGA history to blow a seven-stroke final day lead. However, he ended up winning by two shots to become the first man to hold back-to-back titles in two majors simultaneously.

“To be standing here today with four majors is mind-blowing. Today was definitely the most satisfying out of all of them”, these were Koepka’s words after claiming the 2019 PGA title.

Koepka surpassed his training partner and runner-up of the tournament, Dustin Johnson, to claim his victory. He joined the likes of Tiger Woods, Arnold Palmer, Ben Hogan, and Jack Nicklaus as the only men to win four major titles in less than two years.

There was some controversy surrounding Brooks Koepka’s final shot of the game. This controversial situation left a lot of golf fans extremely angry with CBS.

Fans believe that Koepka’s second shot of the final hole was the biggest of the tournament and CBS screwed it up.

Broadcasting malpractice by CBS. Cannot believe they aired an interview with Dustin Johnson while Brooks Koepka was hitting the most consequential shot of the tournament.

CBS cut to an interview of Dustin Johnson during Koepka’s pivotal shot, that many claimed to be bad sports production. Amidst this controversy, golf fans were still talking about Tigers poor performance that led him to miss the PGA championship. This comes as a surprise to many as Tiger just won the 2019 Masters, looking better than ever.

Upcoming on the PGA tour schedule, the U.S Open will take place in Pebble Beach, California on June 13-16. Many experts are betting on Koepka to do something even more historic than his back-to-back PGA titles; win three consecutive U.S Opens.