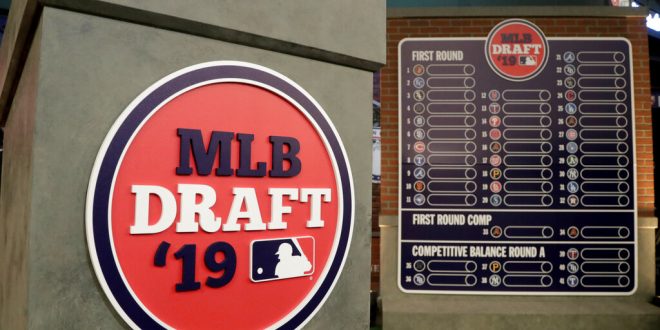 The rostrum is viewed at the MLB Network prior to the first round of the Major League Baseball draft, Monday, June 3, 2019, in Secaucus, N.J. (AP Photo/Julio Cortez)

Day one of the MLB Draft has officially come to an end. 78 picks in and there’s still so much talent left. With rounds one and two completed, the draft will continue with rounds 3 to 10 today.

In the meantime, let's give away a hat! Followers to RT are eligible to win.

Hagerty High School outfielder and UF baseball commit Riley Greene fulfilled draft predictions. The Detroit Tigers selected Greene fifth overall and it doesn’t look likely that he will be suiting up for the Gators.

Greene batted .417 for Hagerty with six doubles and six home runs. He’s the highest drafted player from Hagerty, replacing Zach Elfin, who was the No. 33 overall pick in 2012.

With the No. 5 pick in the #MLBDraft, the #Tigers select OF Riley Greene from Hagerty High School (Fla.). pic.twitter.com/56QVNFa9GZ

With the 44th pick in the draft, the Kansas City Royals picks up Florida shortstop Brady McConnell. He will be joining Gator alums Brady Singer and Jackson Kowar in the Royals organization.

After battling an injury during his freshman season, McConnell was a star this year for the Gators, leading the team with 15 home runs while starting 59 games at shortstop.  He is also set a new school record for home runs by a shortstop, breaking the old record of 14 set by Mark Ellis in 1998.

With the 44th pick in the #MLBDraft, we have selected SS Brady McConnell from the University of Florida. #Royals pic.twitter.com/6Y33x3LAT5

Matthew Allan goes to the Mets

UF commit Matthew Allan was drafted by the New York Mets in the third round. Thanks to a strong showcase on the summer circuit, his stock really took a jump. He is considered among the best prep pitchers in the 2019 MLB Draft class. Allan has been a big reason the Sanford Seminoles reached the Florida regional playoffs for the first time since 2001.

With the 89th pick in the @MLBDraft, we have selected RHP Matthew Allan from Seminole High School (FL). #Mets pic.twitter.com/EQ1ql7iEiv

There’s a chance current Gator players and more signees could be drafted today; the MLB Draft will conclude tomorrow.

Previous Blues defeat Bruins in Game 4 of the Stanley Cup, Tie up series
Next Le’Veon Bell Suits Up for First Day of Jets’ Minicamp 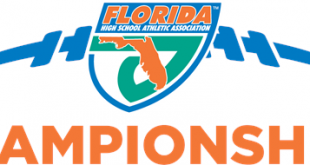