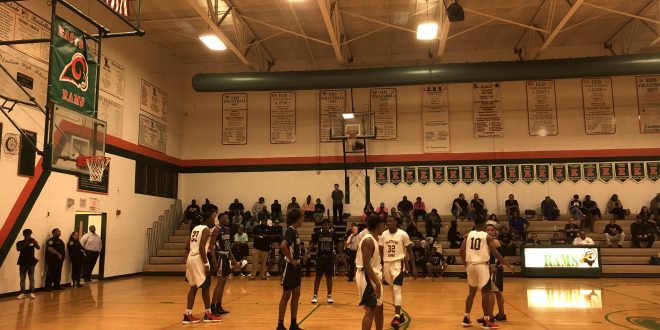 The 2020 Boys Basketball State Tournament is back, and Eastside is looking for their second championship win. In what seemed to be a close game between Eastside and Eustis, ended with a massive victory for Eastside. Eastside won their regional quarterfinal game against Eustis, 62 – 51.

The first quarter was filled with excitement as Eastside and Eustis were battling back and forth. For Eastside, Azeil Gainey had the hot hand early as he nailed two shots from behind the arc. Eustis fought back as Vamari Simpkins responded with a layup and a long three-pointer.

The second quarter changed the pace as both teams only scored single-digits in the frame. Eustis’s Bradley Douglas showed off his athleticism as he was able to drive into the paint for two consecutive field goals.

A. Gainey hustles in the paint for a layup to score the final points of the first half. 21 – 20 Eastside. @ESPNGainesville pic.twitter.com/rVSpbFl2Sd

After the first half, the game turned into a free throw shoot-off. Both Eastside and Eustis were fouling each other back and forth, causing some of their players to sit out due to foul trouble. As free throws were crucial for winning the game, Eustis’s Bradley Douglas stepped up to keep his team in the game. Bradley was able to sink both of his free-throws and went for three more field goals to end the third quarter with eight points.

Eastside looks to continue to dominate their way through the postseason. Next up for the team is a neutral playoff game vs. The Villages Charter on Tuesday, February 25 at 7 p.m.

Previous Preview: Miami Heat Goes on the Road for Second Straight Game Against the Cavs
Next LeBron James and Lakers Outlast Tatum and Celtics in Rivalry Game

Without hesitation, Newberry guard Mason Smith shot the ball from the left corner with the …