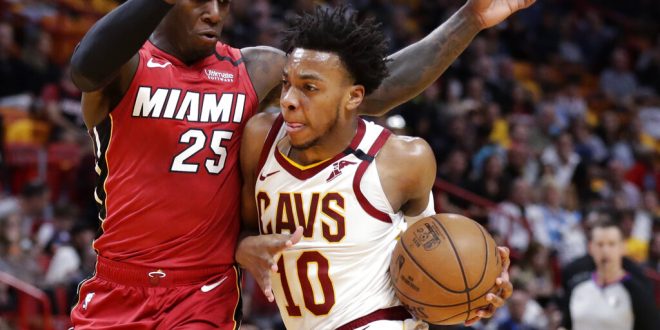 The Miami Heat will go on the road to face the Cleveland Cavaliers for a second straight game. The teams met last Saturday in the American Airlines Arena where Miami got the 124-105 victory. This will be the fourth time these teams meet this season, with the Heat winning all of the previous matchups.

Miami will have to play this one without All-Star Jimmy Butler for the second time in a row. He was ruled out this game against the Cavaliers and did not travel with the team Sunday afternoon.

Butler missed the last home game against the Cavs which also featured the retirement of former Heat star Dwayne Wade at halftime. His “personal reasons” also made him miss Friday night’s “Flashback” event for Wade, making him one of the only Heat players that were not able to attend the event.

Miami looks to redeem itself from a not-so-good performance on the road. They currently have a 13-17 away record and have lost five of their six last away games. These losses include back-to-back losses against the Atlanta Hawks and the Utah Jazz.

They are currently number four seed in the Eastern Conference, only three games behind the Boston Celtics. Any improvement in that seed may depend on if the team can do a better job on the road.  The Cavs seem a good team to beat on the road as they have struggled all year and they just went through a head coaching change.

But if bad defensive performance is in the conversation, Miami’s road defense should also be mentioned. They have allowed an average of 115.3 points a game in their last three road games.

With Butler out and Tyler Herro still sidelined with a foot injury, Miami has done a good job of keeping a steady offense. Hopefully, they can do the same with their defense as they look to fix their road performance.

Camila is a senior at the University of Florida, who served as a beat writer for the women's basketball team from 2019 until the 2021 season. She was also a beat writer for the Gators football team during the 2020 season. Camila is also WUFT's news director as well as a sports reporter/anchor.
@CamilaMaffuz
Previous Gators Women’s Basketball Earns a Top 25 win over Arkansas 83-80
Next Eastside Boys Basketball Picks Up Home Playoff Win Over Eustis

Alabama and Miami travel to Atlanta, Georgia this weekend for the Chick-fil-A kickoff game. Both …