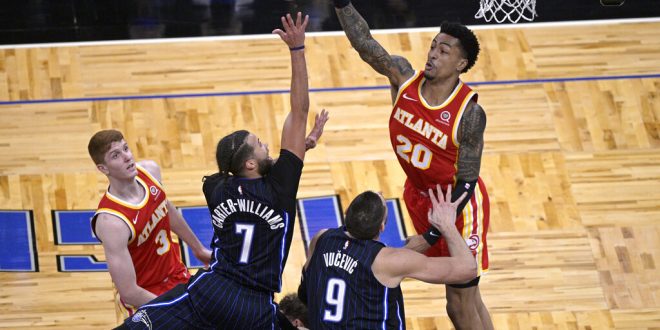 The Hawks repond with a 27-foot three pointer jump by Danilo Gallinari assisted by Trae Young making the score 4-3. Both teams continued to go back and fourth wrapping up the first quarter  39-27 .

The Magic continued to stay hot in the second and third quarter. The Magic maintained the lead  with a final score of 61-44 in the second quarter, and 90-78 in the third.

Entering the fourth quarter that’s when things start to get shaky. The teams went back and fourth until Hawks’ Tony Snell made a 23-foot three point jumper assisted by Young. This gave the Hawks their first lead of the game with a score of 111-110 with 1:09 left in the game.

Orlando’s Vucevic responded with a tip shot and 18 seconds left in the game making the score 112-111 and regaining the Magic’ lead.

With eight seconds left in the game, Orlando’s Williams received a shooting foul and Hawks’ Young scored two free throws to give Atlanta the lead once again.