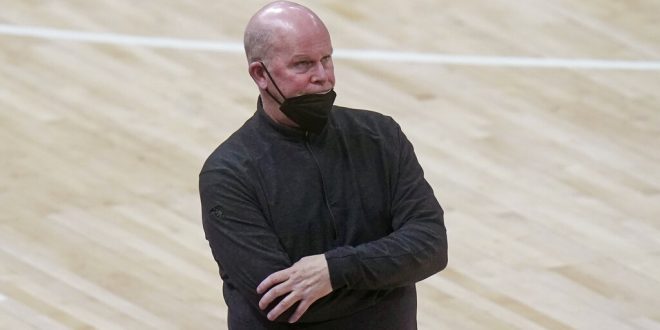 Orlando Magic head coach Steve Clifford looks on in the second half of an NBA basketball game against the Utah Jazz, Saturday, April 3, 2021, in Salt Lake City. (AP Photo/Rick Bowmer)

Orlando is in dire need of David Copperfield, David Blaine, or even Chris Angel.

There is no Magic in Orlando.

The Magic opened the season strong, winning 6 of its first 8 games. They then proceeded to drop 16 of the next 20 games played. Presto!

‘Rebuilding’ For the Future

When a star player exits a team, it is common for the organization to enter a ‘rebuild’ phase, where the team is expected to drop games. When Dwight Howard left the team in 2012, the Magic expected to lose a few games.

At what point does rebuilding turn into plain losing? After 2 seasons? 3?

Poof! The Foundation is Gone

To add insult to injury, the Magic went ahead with a trade that gave away team leaders Nikola Vucevic, Evan Fournier and Aaron Gordon.

Center Vucevic lead the team in average points with 24.5. Fournier and Gordon were close behind, averaging 19.7 and 14.6 points per game respectively.

It seems a bit counter-intuitive to let three of the top five goal scorers on the team go.

Aaron Gordon did request a trade, but can you blame him?

The pressure on these four is mounting as the Magic slide deeper and deeper into darkness.

Matthew Bell is a senior at the University of Florida. He completed his associates degree at State College of Florida in Bradenton and transferred to UF in 2019. His favorite sports are American football and baseball. Matthew also contributes to The Point Podcast and provides local hourly news for All Things Considered.
@@pod_mattb
Previous Glasnow Strikes Out 14; Rays Shutout Rangers 1-0
Next Marlins Beat Braves in Extra Innings