Tebow Set To Make His Debut in Port St. Lucie 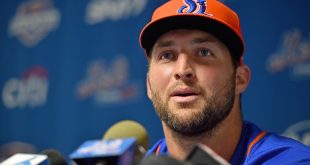 Former quarterback and Heisman Trophy winner Tim Tebow has been promoted to a New York Mets affiliate in the Class A Florida State League. Tebow is expected to make his debut on Tuesday night with the team. The team is off today but its newest member stopped by to get …

END_OF_DOCUMENT_TOKEN_TO_BE_REPLACED

The Swamp Prepared Tebow for Game Pressures; Hits HR in First At Bat In Minors 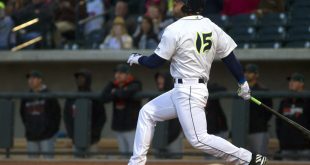 Tim Tebow does it once again! He makes headlines after hitting a home run in his first minor league at bat, a shot to left- center field in his minor league debut with Class A Columbia (S.C) Fireflies, the South Atlantic League affiliate of the New York Mets. He drilled a 2-1 …

END_OF_DOCUMENT_TOKEN_TO_BE_REPLACED 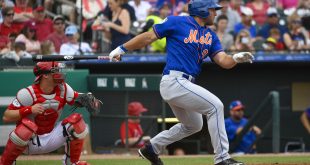 Tim Tebow dominated the South Carolina Gamecocks in his 3 years starting at Florida, but now he’ll be stationed in Columbia, SC; playing for the Fireflies. The Columbia Fireflies, the Mets’ low Class-A affiliate in the South Atlantic League, is where the former quarterback is officially headed. Tebow will keep …

END_OF_DOCUMENT_TOKEN_TO_BE_REPLACED 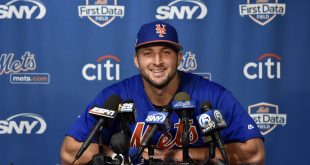 Former Gator quarterback and Heisman winner Tim Tebow is enjoying his journey in Major League Baseball. Tebow opened up his first full year in baseball yesterday at the New York Mets spring training in Port St. Lucie, FL. Since signing a minor league deal in September, Tebow has participated in …

END_OF_DOCUMENT_TOKEN_TO_BE_REPLACED 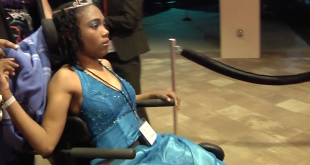 Tim Tebow is a winner. He might not be in the NFL anymore or maybe he will never make a Major League Baseball team but he wins big in his compassion for others. Tim Tebow wants to be remembered for loving people and Night to Shine, truly showcases his compassion to …

END_OF_DOCUMENT_TOKEN_TO_BE_REPLACED

Did You See The Reporter Get Trucked At Florida-Georgia? That Was Me!

October 31, 2016 College Football, Editorial, Gators Football, Tim Tebow Comments Off on Did You See The Reporter Get Trucked At Florida-Georgia? That Was Me! 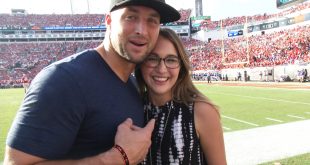 Anyone’s first Florida-Georgia game will be memorable. But mine? Let’s just say, it’ll be one for the grandkids. I’m Savanna Collins, a junior at the University of Florida studying telecommunications, hoping one day to be a sports broadcaster. As a student, I get to work for ESPN Gainesville 95.3 FM, …

END_OF_DOCUMENT_TOKEN_TO_BE_REPLACED 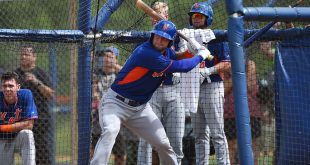