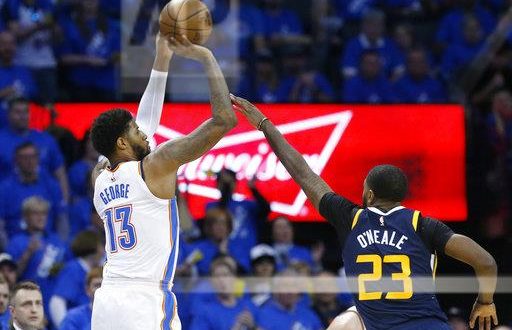 Paul George went straight to playoff mode as he scored 36 points to help the Oklahoma City Thunder defeat the Utah Jazz 116-108 in Game 1 Sunday night. This is George’s first playoff game with the Thunder since being traded from the Indiana Pacers in the offseason.

Not only did George go off and score 36 points, he also set an OKC playoff record with eight 3-pointers, blowing past the previous record of five. George made eight of 11 from downtown and 13 of 20 overall.

However, the win didn’t come easy. OKC struggled in the first quarter when they finally tied the Jazz 25-25. But the Thunder took control and led by 6 entering the half. The Thunder continued to hold the lead in both the 3rd and 4th quarters.

Coach Donavan doesn’t deny OKC having played a great game but says they must play stronger if they want to continue to win the series.

Unfazed by the big stage. pic.twitter.com/ENdu7mKE40

Utah doesn’t expect George to keep making those tough shots. Utah’s Mitchell had to leave during the second half due to soreness in his left foot. Even after returning, he didn’t stay in the game for long periods of time.

Coach Donavan knows if OKC wants to win again, they must improve both offensively and defensively.

Game 2 of the Thunder verse Jazz series will continue on Wednesday in Oklahoma City. Tip-off is at 8 p.m. and you can watch the full game on NBATV. 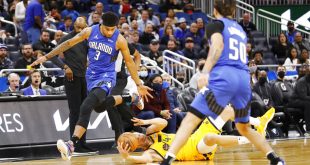