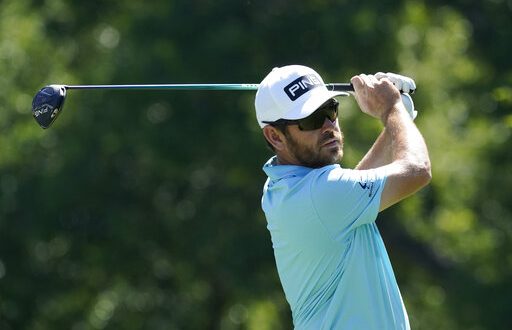 PGA Tour to Resume After 13 Weeks

The PGA Tour is finally coming back after 13 weeks. It was suspended about three months ago after the coronavirus started spreading in the United States.

The PGA Tour released an updated schedule after the suspension. This new schedule included the restart of the tour in June, all the way up to its conclusion in December.

In this new schedule, it was reflected that the 2019-2020 season will conclude at the Tour Championship. On the other hand, the 2020-2021 season will restart this Thursday, June 11th with the Charles Schwab Challenge at the Colonial Country Club in Fort Worth.

This restart will not include spectators; only players, caddies and supporting staff are allowed in attendance. In addition, everyone scheduled to participate had to be tested for the coronavirus.

As for participants, the top five players in the world will join a host of former champions and star-studded contenders.

Before the Tour got suspended, some of these players had already started their seasons well. Rory McIlroy, Jon Rahm, and Webb Simpson were all making a statement.

McIlroy is currently the number one ranked player in the world and ranks sixth or better this season in four different strokes-gained categories. Rahm got close to reaching McIlroy’s rank which tells you just how good he is. But if that wasn’t enough, maybe the three worldwide wins and the four top-10 finishes in five starts this year will help build his case.

Simpson held the U.S. Open trophy eight years ago and has shown potential of doing it again this year. A playoff victory in Phoenix highlighted a run of five straight top-10 finishes. Simpson found a way to overcome his lack of length off the tee with stellar putting.

Another player joining the restart of the PGA Tour is Jordan Spieth, a three time major champion. Spieth struggled to find his rhythm as he it seemed difficult for him to string two straight rounds together, let alone four.

The Texas native fell all the way down to 56th in the world rankings back in March, and currently ranks 161st on Tour in strokes gained tee-to-green.

Despite the struggles, Spieth now has a chance to redeem himself with the restart of the tour. In a recent interview, Spieth described just how exciting it is to finally be back. He also recognizes that the officials did a good job on laying down a plan that would ensure a safe return for everyone.

Spieth also commented on the measure that prohibits fans from attending.

“I’m kind of excited to be honest just to see what it’s like for a couple of weeks… hopefully things starts to clear up and we’re able to get fans back as soon as possible,” he said.

The PGA Tour restart will spend four days in Fort Worth, Texas, before moving on to the RCB Heritage at Hilton Head Island on June 18th.

Camila is a senior at the University of Florida, who served as a beat writer for the women's basketball team from 2019 until the 2021 season. She was also a beat writer for the Gators football team during the 2020 season. Camila is also WUFT's news director as well as a sports reporter/anchor.
@CamilaMaffuz
Previous Dabo Swinney and former Clemson players address issues regarding racism
Next MLBPA proposes 89-game season