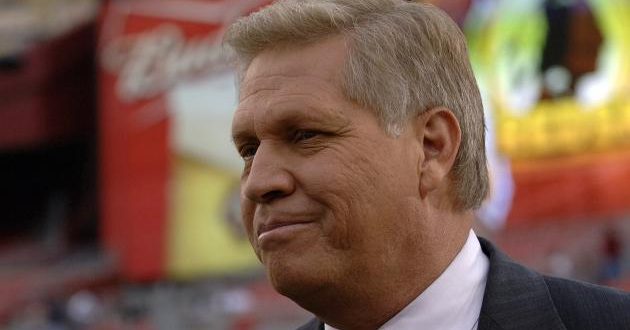 ESPN’s NFL insider Chris Mortensen joined SportScene with Steve Russell, after what may go down as the greatest divisional round of all time, to discuss the current NFL overtime frenzy, the league’s head coaching diversity, Aaron Rodgers’ offseason and Tom Brady’s future.

After Patrick Mahomes connected with Travis Kelce on an unscripted end-zone route to take down the Buffalo Bills in overtime Sunday night, the world exploded and questions began to resurface about the current state of extra-play.

Should the Bills have gotten a chance to play offense? Should Josh Allen have been able to get on the field? Do changes need to be made so that both teams have an opportunity to touch the ball?

Public consensus is that the rules should change to give both teams some kind of change. After all, it seemed that whichever team got the ball to start the second half was going to win the game.

However, Mortensen wouldn’t change the rules. He doesn’t have sympathy for the Bills or for any team that loses in such a fashion.

While he does concede that both sides of the argument make valid points, it’s difficult to argue the statistics that Mortensen draws upon. Only 23% of teams who win the coin toss going on to win the game on that first possession simply is not a number that demands overtime reform.

There seemed to be a sentiment of disappointment within the football world after the firings of Brian Flores and David Culley as head coaches of the Miami Dolphins and Houston Texans, respectively, this offseason. Their firings left the Pittsburgh Steelers’ Mike Tomlin as the league’s lone Black head coach.

He went on to say, though, that he does see new hiring’s of Black head coaches in the near future. He mentioned Jim Caldwell, Leslie Frazier, Byron Leftwich and Todd Bowles as some names of likely candidates.

“These guys aren’t just getting courtesy interviews. These guys are real candidates and people recognize it … It just bothers me that we’re still having this discussion in 2022.”

In their divisional round matchup vs. San Francisco, the entire world saw – for the third time in the past three years – Aaron Rodgers and the Green Bay Packers shrink in the NFC playoffs.

Going into the game, Green Bay was five-and-a-half point favorites over Jimmy Garoppolo and the 49ers. After a season that will almost assuredly result in Aaron Rodgers’ fourth MVP award, his top-seed Packers – coming off of a bye and all – were seen as the prohibitive favorites to finally break through and represent their conference in the Super Bowl.

However, their Davante Adams-reliant offense seemed completely lost against Fred Warner, Nick Bosa and that DeMeco Ryans led San Francisco defense. Ryans, the 49ers defensive coordinator, went into game with a message abundantly clear to his guys: Davante Adams will not beat us.

Aaron Rodgers and the Packers scored just one touchdown in the loss.

After a drama-filled offseason and an even more drama-filled regular season, combined with the playoff disappointments that just keep on racking up, the hall of fame quarterback’s future with the Packers is very much in question at this point.

“If I had to guess today, I would say they keep him. But he gets a say in it … If Aaron’s trying to win Super Bowls, then Green Bay probably gives him as good a shot as any.”

Mortensen’s feeling on Rodgers’ situation is that it’s ultimately his decision, that his future can be where and what he wants – though, that what may be in his best interest is in fact to stay right where he is.

If Green Bay does retain most of what makes their team the force that it is, according to Mortensen, and if Rodgers’ top priority is simply to win, he’ll be back in the green and gold.

When it comes to the NFL’s all-time leader in passing yards, completions and touchdowns; the record 15-time pro-bowler and seven-time champion, the man who’s been winning rings since the second-generation iPod was top-tier technology, there is nothing to say that hasn’t been said already. Tom Brady’s twenty year stretch of football-dominance has been nonpareil.

However, after losing their divisional round matchup as the reigning champs vs the Los Angeles Rams, rumors have begun to make their way through the sports world that the Tampa Bay Bucs may have just played their last game with Brady.

He hasn’t really given any straightforward answer on whether he’s calling it quits or returning to play more football next season; though, the speculation is ubiquitous.

Chris Mortensen on how much of Brady’s decision rests on the Bucs’ team outlook next season and the factor that is his family:

While the idea of the league losing one of it’s Mount-Rushmore names may be a tough pill to swallow, Mortensen is adamant that there should be nothing held against Brady if he does decide to end his story here.

“I can easily see him retiring, and there ain’t gonna be anybody in this league complaining about it.”

Only time will tell.

Zackary is currently studying Sports Journalism at the University of Florida. He has years of experience providing online content for various news outlets in every form, as well as experience running multiple sports-related social media accounts with high followings. He does work for WRUF / ESPN Gainesville by producing the radio broadcasts in addition to writing online content. Zackary's planned graduation is May 2024. Please feel free to contact via email at zackweiss48@icloud.com. Links to Zackary's social media accounts are directly below.
@zackweissespng
Previous Big 12/SEC Marquee Matchup: Kentucky vs. Kansas
Next Oak Hall Defeats Rival Eastside on Senior Night