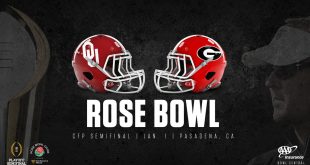 The Oklahoma Sooners earned their second College Football Playoff appearance in three years behind a 41-17 drubbing of TCU in the Big XII title game.  The Sooners were rewarded the #2 seed in the playoffs and will face Georgia in the Rose Bowl. Champs-#BoomerSooner pic.twitter.com/casVIqwbOM — Lincoln Riley (@LincolnRiley) December …

END_OF_DOCUMENT_TOKEN_TO_BE_REPLACED 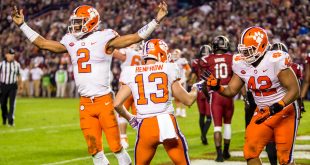 Moving onto Week 15 in college football, the playoff selection committee will release their fifth poll tonight. This will be the last poll they release before the final playoff selection show on December 3rd. Expect the playoff picture to look differently from this fourth poll released last week. Fourth #CFBPlayoff …

END_OF_DOCUMENT_TOKEN_TO_BE_REPLACED 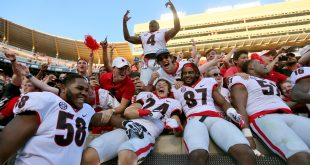 As always, it has been an exciting season in college football. Every week teams have been dancing around the top 25 poll and fighting to prove their worth. Tuesday night, the College Football Playoff selection committee released the initial playoff rankings. The battle for playoff poll dominion between two SEC …

END_OF_DOCUMENT_TOKEN_TO_BE_REPLACED

No. 24 Florida Men’s Basketball Dominant For Third Straight Game in 93-54 Victory over Missouri 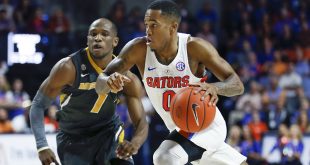 Dominance would be the only way to describe Florida’s play in the past three games. The Gators have outscored their opponents in that stretch, 283-177, as UF cruised to a 93-54 win over the Missouri Tigers on Thursday night at Exactech Arena. Florida has now won each of its past …

END_OF_DOCUMENT_TOKEN_TO_BE_REPLACED 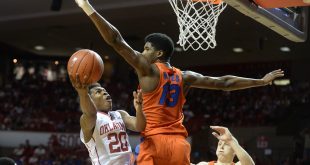 If you had to pick two SEC teams trending in completely opposite directions, Missouri and Florida would be the choices. Thursday night's game between the Tigers and the Gators will be checkpoints in two very different seasons for two very different teams.

END_OF_DOCUMENT_TOKEN_TO_BE_REPLACED

January 28, 2017 College Basketball, Feature Sports News, Gators Men's Basketball, SEC Comments Off on No. 25 Florida Dominant for Second Game in a Row in 84-52 Win over Oklahoma 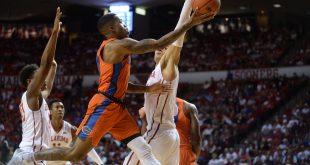 END_OF_DOCUMENT_TOKEN_TO_BE_REPLACED

No. 25 Florida Takes on Oklahoma Saturday in the SEC-Big 12 Challenge 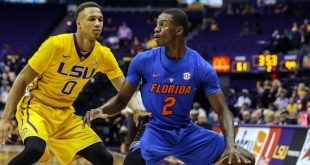 When the SEC-Big 12 Challenge was planned, the Gators' visit to Norman, OK was viewed as a marquee matchup with post-season implications on the line.

END_OF_DOCUMENT_TOKEN_TO_BE_REPLACED 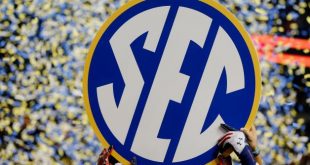 A whopping 11 out of 14 SEC teams are going bowling this year, ranging from Vanderbilt vs. NC State in the Camping World Independence Bowl to Alabama vs. Washington in the College Football Playoffs. In chronological order, here is an all-encompassing preview of every non-CFP bowl game that has an …

END_OF_DOCUMENT_TOKEN_TO_BE_REPLACED

It’s a top match up as the second ranked Florida Gators take on the top ranked Oklahoma Sooners in gymnastics Friday in Gainesville. The last time that these two teams met was at the NCAA Championship when the Sooners were runners-up to the title winning Gators. Florida beat Oklahoma by 0.2 with …