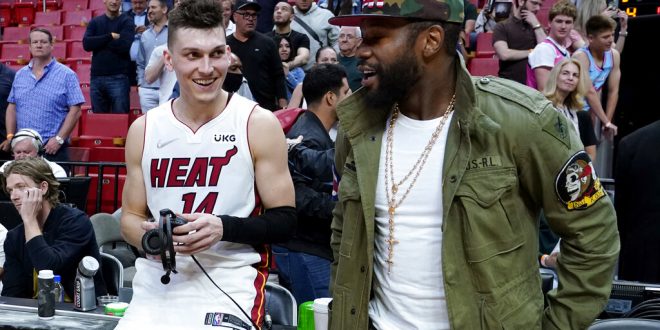 Heat look ahead to playoffs

The Miami Heat wrapped up the regular season Sunday night with a loss to the Orlando Magic. Heat head coach Eric Spoelstra sat several starters as they gear up for a deep playoff run.

They finish with a record of 53-29 and hold the first seed in the Eastern Conference.

Securing the first seed is an impressive accomplishment for the Heat, when you consider the team had lost the following players to injury this season:

Consequently, Miami had to lean heavily on their depth which was largely unproven as the season began. Players such as Max Strus, Gabe Vincent, Cody Martin, and Omar Yurtseven have all stepped up and contributed when called upon. This season further adds to Miami’s reputation of having some of the best player development systems in the league.

Additionally, Miami’s young stars have taken the leap. Tyler Herro has the 6th Man of the Year Award all but locked up with his stellar play off the bench this season. He leads all bench players in the NBA in minutes, points and assists per game.

Look for Bam Adebayo to be in the running for Defensive Player of the Year after another impressive season on the defensive end. Adebayo has been vocal about his case for the award, believing he’s a special type of player that can guard every position when asked to.

Bam Adebayo explains why he should win DPOY:

"I legit guard one through five. Like at any point in time in the game on the defensive end, I could guard all five players. Every last one of them and will not bat an eye."

Last but not least, Eric Spoelstra will be a top candidate for the Coach of the Year award. It’s an award he has surprisingly never won, despite being one of the winningest coaches since he took the job in 2008.

Now, the Miami Heat play the waiting game as the NBA Play-In Tournament decides their first round opponent. Ideally, they would like to avoid a first round series against a Brooklyn Nets team featuring two former MVPs.

However, The Heat do face one more obstacle before the playoffs begin. Bam Adebayo was entered into health and safety protocols Sunday afternoon. Adebayo is at risk of missing some time, but the Heat are no strangers to playing undermanned. Miami’s first round series is expected to begin on Sunday, giving Bam a full week to recover.