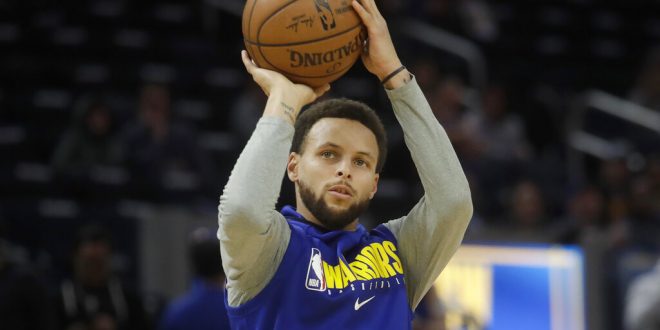 The Golden State Warriors look to close out the NBA Finals tonight in game six and capture their fourth title in eight years. However, the Boston Celtics hope to defend home court tonight and force a game seven.

The Warriors will go into a hostile game six crowd in Boston tonight.

In game five, the Warriors showed their championship pedigree and pulled out a great win despite Stephen Curry’s 16 points on 7-22 shooting from the field. Curry had his 38 straight games making three-pointers in the playoffs streak snapped.

During the playoffs, whenever Stephen Curry or Klay Thompson are slumping the rest of the Warriors pick up the load on offense and step up to play on defense.

The surprising key player during this playoff run and in the Finals has been former number one draft pick Andrew Wiggins.

Andrew Wiggins has posted 18.4 PPG and 9.4 RPG in the Finals while shooting 45% from the field. Wiggins has also made his presence known on the defensive end by being Jayson Tatum’s primary on-ball defender during this series.

His stock has soared these playoffs with him embracing his new role as a defensive stopper and great rebounder with the capability to score.

Wiggins has transformed his game and is becoming an incredible two-way player, which no one saw coming during his Timberwolves days.

The new look Wiggins may give the Warriors enough of an edge to be crowned champions of the NBA.

While Wiggins has been incredible in his role the Warriors run through Stephen Curry.

The three-time champion and two-time MVP is looking to have a legacy-defining game tonight and further solidify himself as one of the greatest players to set foot on the hardwood.

If the Warriors win tonight, Stephen Curry will have his fourth ring and at last capture an NBA Finals MVP, which has eluded him so far in his career.

Teams with 3-2 leads in the Finals go on to win it all 81% of the time which seems bleak for the Celtics.

During these playoffs, the Celtics have had their backs against the wall against the Bucks and the Heat but have seen great success. They have been 3-0 in elimination games so far.

The Boston Celtics hope to beat the odds and defend home court tonight to force a winner-take-all game seven.

The Celtics crowd has been providing one of the best home-court advantages in all of basketball. However, during the playoffs, the Celtics have been poor at home, having a 6-5 record throughout these playoffs.

Today the Celtics must feed off their home crowd and need a big game from their star Jayson Tatum.

Jayson Tatum has 95 turnovers this playoffs, the most by a player in a single postseason ever. pic.twitter.com/2emuJt9tYv

Jayson Tatum has had his ups and downs during this series but had an awful showing in game 5, and set the record for the most turnovers in the postseason. Tatum has also struggled from the field, shooting a poor 37%.

For the Celtics to win tonight, Tatum must limit turnovers, and the Celtics role players must capitalize on open looks.

The Celtics will also need to keep the foot on the gas and not get complacent if they get a substantial lead. The Celtics, time and time again, have blown leads because of stagnant offense down the stretch.

For the Warriors to win, Stephen Curry cannot have another poor shooting game, and the role players will need to step up and help with the scoring as well as they did in Game Five.

The Warriors will have to have a hot start to try and quiet the rowdy Celtics crowd.

Game 6 of the NBA Finals will be on ABC tonight at 9 p.m.