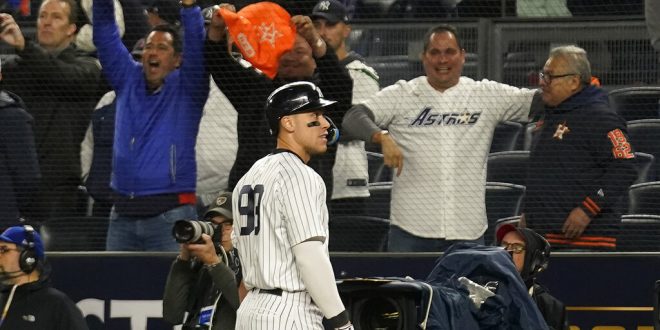 The Yankees are about to face the transgressions of their past. After failing to come to terms with Aaron Judge before spring training, the Yankees now face the slugger’s impending free agency. Judge has his pick of Major League Baseball’s franchises following a season that will likely culminate in winning the American League MVP Award. There is no guarantee the star stays in New York.

Judge was coy about his future with the Yankees following the New York club’s postseason elimination. The outfielder gave no certainty that he would return to the Bronx.

Aaron Judge was asked about what could come next for him in his career and if he thought about this being his last home game at Yankee Stadium:

"Not at all, not yet. I've got plenty of time to figure that out." pic.twitter.com/rg5LdOwXiv

This comes following the Yankees being swept 4-0 by the Houston Astros. Houston outscored New York 18-9 throughout the four-game series. This included a dominant game 3, where six Astros pitchers combined to shut out the Yankees. The Astros will move on to the World Series, where they will face the surging Philadelphia Phillies.

“I’ve been clear about that since I first wore the pinstripes. But we couldn’t get something done before spring training and now I’m a free agent and we’ll see what happens,” said Judge on his desire to remain in New York. “That’s all going to run through my agent. I haven’t even thought about the next step yet.”

Judge declined a 7-year, $213 million deal last offseason. This likely was a smart decision following Judge’s season for the ages.

Judge will be paid extravagantly wherever he winds up. Yankees fans can only hope that the superstar slugger stays in the Bronx.

Connor O'Bryan is a world soccer reporter for ESPN Gainesville. He also sometimes covers baseball and other sports. He has previously written for WUFT Gainesville and for Atrium Magazine. Connor also cohosts the "Off The Bar Podcast", a student driven podcast that focuses on the global soccer landscape.
@ConnorOBryan3
Previous Panthers Take Down Bucs Days After Christian McCaffrey Trade
Next Miami Dolphins secure late victory in Tua’s return 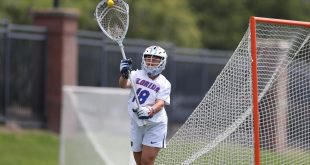 The Florida Gators lacrosse season is on the horizon, and it’s projected to be a …