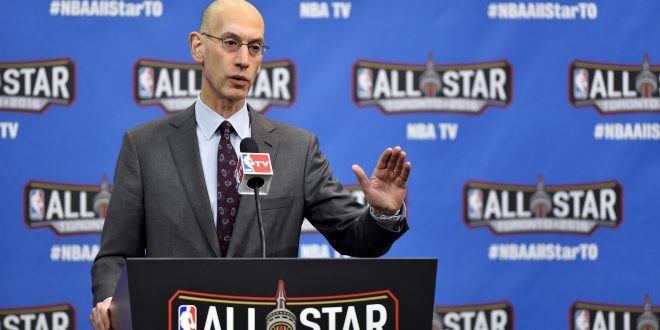 The House Bill 2 came between Charlotte, North Carolina and the 2017 All-Star Game.

The State’s House Bill limits anti-discrimination protections for lesbian, gay, bisexual, and transgender people in the state. The League disagrees with the Bill, so the 2017 All-Star Game is looking for a new home.

A couple of different cities have been bouncing around with speculation to take the place of Charlotte. Brooklyn, Chicago, and New Orleans are all in talks of the new host location. Most recently, New Orleans has jumped in as the frontrunner. With legislation that passed this year, the state of New York, Illinois, and Louisiana all have specific state protections that do not allow discrimination against the Lesbian, Gay, Bisexual, and Transgender Community.

The House Bill 2 is also known as the Public Facilities Privacy and Security Act, which requires transgender people to use bathrooms that identify with the sex stated on their birth certificate.

Other notable sporting events to be held in North Carolina in the near future includes, the Atlantic Coastal Conference Football Championship, a Sprint Cup Race, and the PGA Championship.

A senior at the University of Florida reporting on Gator sports, local Gainesville and surrounding area sports, and telling the stories of local athletes. Born and raised in Gainesville, Florida with a passion for telling people's stories and having fun doing it.
@SportsDarwinism
Previous Tampa Bay Rays Continue Series Against Oakland
Next Memorable Brickyard 400 Set for Sunday

The Atlanta Braves struck first in Game 1 of the World Series, beating the Houston …