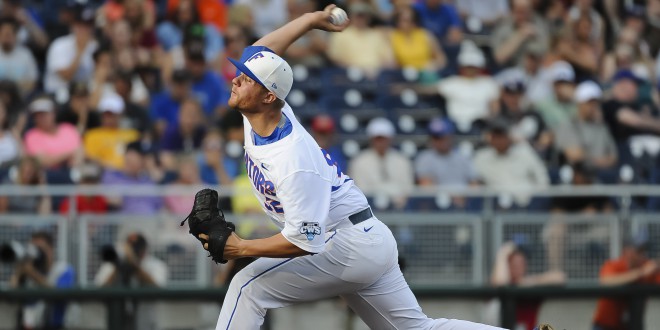 The Gators start their weekend series hosting the Missouri Tigers on Friday. The Gators are on a 12 game winning streak and are 18-1 on the season. The Tigers (13-6) are coming off of a win against the Southeastern Missouri RedHawks. In last seasons matchup between the two, the Gators lost two of three to the Tigers in Columbia.

Florida will go into the weekend series with plenty of momentum after the first against rival Florida State in Gainesville since 1994. Righty Logan Shore will start on the mound for the Gators against redshirt-senior Reggie McClain in Fridays game. A.J. Puk will follow in game two and Alex Faedo will finish the series starting in game three. Puk will matchup against sophomore Tanner Houck and Faedo will go against lefty Austin Tribby.

The Gators will need to keep an eye out for freshman Brian Sharp who picked up a couple of wins and saves dominating the mound. As well, senior Zach Lavy’s five RBI’s against Youngstown State if the first since last season. Tigers starting Reggie McClain is one of the top senior prospects in the country and has walked only one batter in 31.2 innings pitched this season.

Shore, who is starting for the Gators Friday, pitched six innings in his last mound appearance against Harvard and gave up nine hits and five earned runs. He says Missouri will capitalize on mistakes so he has to focus on making his pitch and being successful for the team.

The game Friday is set for 7 p.m. start and you can listen to live coverage over the weekend on ESPN Gainesville 95.3. Friday weekend opener’s live coverage will begin at 6:55 p.m.