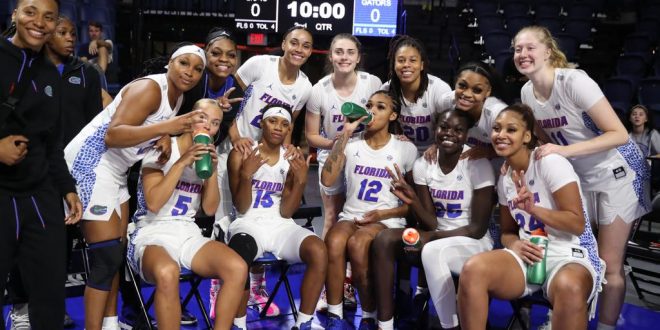 On Thanksgiving, the Florida Gators women’s basketball team will travel to St. Petersburg to play the Green Bay Phoenix. The Gators are now 4-1 on the season after a 27-point win over the Furman Paladins on Monday night.

Green Bay in its Last Matchup

At the start of the first quarter, forward Maddy Schreiber tacked on five points, one rebound and one assist in the opening frame. Green Bay extended the lead by seven at 11-4 after Butler made a layup with 5:52 left. However, St. Louis pulled to within two to make it 14-12 with 2:56 remaining. Triples from Schreiber and Sydney Levy would give the Phoenix a 20-14 advantage going into the second quarter.

While Green Bay had a strong first half, St. Louis held the Phoenix to zero points for almost three minutes, allowing St. Louis to climb back into the game. The Billikens cut their deficit to four at 58-54 entering the fourth quarter. While St. Louis outscored GB 16-15 in the final frame, the Phoenix went six-for-six thanks to Schiltz, Butler and Oskey. St. Louis’ Kyla McMakin tossed up a long three to make it interesting, but Green Bay held on for a 73-70 victory.

Defensively, Florida held the Paladins to 13-of-52 (25%) shooting from the field and just three-of-12 (25%) from long range. The Gators ended the night with 16 steals, with Rickards swiping five of them, in addition to forcing 24 turnovers. In another impressive accomplishment, eight different Gators recorded a block.

The Paladins came out hot, scoring the game’s first four points and eventually claiming an 11-6 advantage with 6:48 left in the quarter. From there, it was all Gators. Florida’s defense took over the game, holding Furman scoreless until the 7:18 mark of the second quarter. The Gators would end up taking a 34-17 lead heading into halftime, following a 14-3 run.

When they returned, the Gators gave the Paladins a run for their money, leading 55-31 by the end of the third quarter. The Gators went on to claim a 77-50 victory.

Florida will face Green Bay on Thursday. Then on Saturday, the Gators will face off against the Houston Cougars in the St. Petersburg Showcase. The tournament will be streamed live of FloHoops.