The Miami Heat will play the Milwaukee Bucks in Game 2 of their NBA Eastern Conference first-round series tonight in Miami.

Game 1 saw the Heat crush the Bucks 110-87 Sunday night. Heat forward LeBron James finished the game with 27 points and made 9-of-11 shots. Despite his personal success during the game, James said that he wasn’t happy with the team’s 19 turnovers.

The Bucks are now 1-4 against Miami this season. Bucks head coach Jim Boylan said that after looking at Game 1 film, the team needs to pay attention to how they defend James. Miami head coach Erik Spoelstra said that he doesn’t take James’ talent for granted, and that James helps the team get runs in crunch time as well.

The Heat struggled with 3-point shooting in Game 1, going 7-for-23, but Spoelstra added that having a player like James is great because he does whatever it takes to help the team win. James said that sitting out for the last couple of games in the regular season helped him rest up and energize for the NBA playoffs.

Boylan said the Bucks are still hopeful, and that there’s no panic to win four of the next six games. 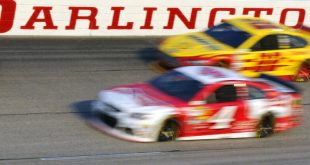